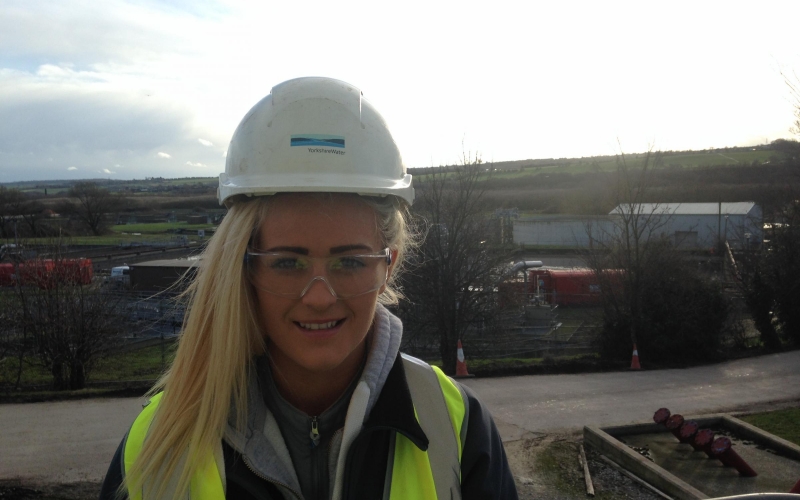 Free education sessions were hosted by Yorkshire Water on June 23rd 2016, aimed at encouraging female pupils to pursue careers in Science, Technology, Engineering and Mathematics. The company lent their support to the 3rd annual Women in Engineering Day, which took place on the 23rd, hosting 10 sessions in Leeds, which is the site of its Headingley Water Treatment Works. This was in an attempt to give the numbers of skilled female engineers working in the water sector a boost.

By the time the week ended, 265 6th- and 7th-year female students had learnt about the exciting career paths in those fields directly from female employees actively working at Yorkshire Water. The sessions were very interactive, giving pupils the platform to pose some questions to Yorkshire Water’s female employees about their experiences, including graduates and apprentices who work in operational roles.

As the cherry on top, all pupils were given the opportunity to take the very popular tour of Headingley Water Treatment Works, where they got a first-hand view of how water is cleaned and how Yorkshire water manages to consistently supply its customers with a constant supply of fresh drinking water.

Shilpi Arora, Talent Adviser at Yorkshire Water and who organised the sessions said, “We want to inspire female students in primary school and year 7 of upper school to consider careers in engineering, science, technology and maths. We really hope that these sessions will encourage female students to consider these roles when they are beginning high school and when they choose their optional subjects a few years down the line.”

It became clear early on that the sessions would grow into a success, with a couple of the students attending the earliest sessions in the week commenting positively.

Holly Swann from Allerton High School said, “It was really fun finding out about what is used to treat the water and especially how it is filtered. A lot of jobs would make you think it is just about water and for males but the sessions have made me see the different aspects like IT. In the future I would consider a career in this discipline.”

Alina Ali from the Featherstone Academy commented, “It was quite encouraging because it wasn’t just to do with water but is about technology, computers and engineering. There are lots of opportunities for girls and I will definitely be thinking about a career in this field.”

Some pictures emerging from the event’s proceedings show students attentively listening to a short opening speech about Yorkshire Water and the careers they have available. Scenes from inside the Headingley Water Treatment Works further show students being taken through the process involved with the company’s water treatment procedures, particularly the clarification stage. Chemicals with magnetic properties to dirt and bacteria are added, forming a jelly-like substance known as floc. During the clarification process, air is bubbled through the tanks, a process which makes the floc float, after which it floats to the surface of the water where it gets scraped off.