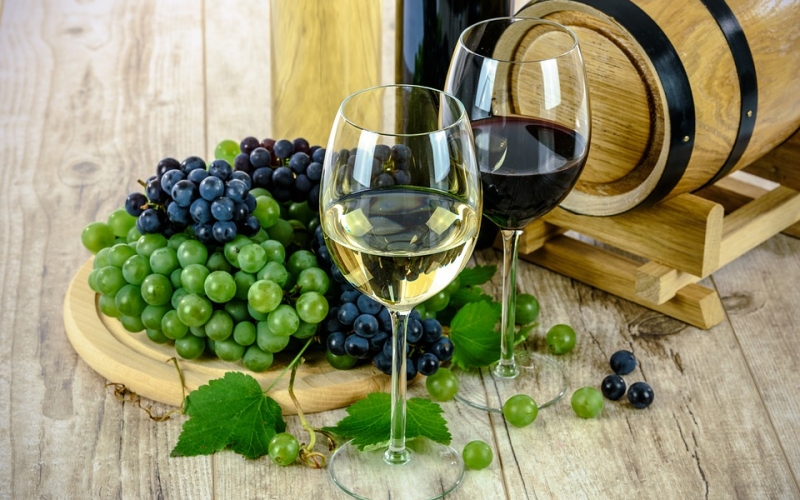 A spotlight on the English wine scene’s glorious period

It was only a few months ago that English winemakers made the revelation that “catastrophic” damage had been caused to buds which had bloomed much earlier than usual due to air frost that swept the nation after a warm start to 2017. Fast forward to the end of the year though and the English wine industry is now going through a glorious period, highlighted by a new study which suggested that the sector is now worth in excess of £130 million.

Lycetts, a specialist provider of wine insurance, takes a look at the scale of the English wine industry’s glorious period…

English Wine Producers statistics have provided a great snapshot about how healthy England’s wine industry is at the moment. According to the marketing arm of the UK’s wine industry, as of 2016 there were 503 commercial vineyards and 133 wineries throughout England and Wales. In 2015, these facilities — which have a total hectarage of over 2,000 hectares under vine — collectively produced an estimated 5.06 million bottles of wine.

Wherever you are in England, you’ll now never be too far from a winery or vineyard. There are 13 wine producing regions in Mercia, seven in East Anglia, another seven in the South West, six in the South East, five in the Thames & Chilterns area and four in Wessex.

English Wine Producers’ Julia Trustram Eve commented: “If you compare us as a wine-producing nation to most other regions in the world, we’re miniscule. But if you look at our rate of growth, we’ve more than doubled our hectarage in the last 10 years.”

You’ll find plenty of variety throughout England and Wales’ vineyards and wineries as well. Approximately 66 per cent produce sparkling wine, 24 per cent still white wine and the remaining ten per cent red or rosé wine. Further variety is seen when looking at the top ten grape varieties planted, which is based on 1,532 hectares of vineyards analysed:

A million vines are also being planted throughout England and Wales in 2017, according to English Wine Producers. This will make it the largest planting achieved in a single year.

According to information from online business finance supermarket Funding Options, in 2015/16 independent English wine producers were successful in boosting their turnover to a record high of £131.9 million. This is a 16 per cent rise on the £113.8 million turnover which was recorded in 2014/15, as well as a considerable jump from the £55.7 million recorded just five years ago (2010/11).

Licences for wine production were also successfully obtained by 64 new wine producers in 2016, according to data released by HM Revenue and Customs. That’s yet another record for the English wine industry.

It’s numbers like those detailed above which has led to Funding Options’ founder Conrad Ford stating that “English wine is going from strength to strength”. He added: “The English wine industry is not only gaining traction amongst domestic consumers, but is now being ranked with wines from traditional white wine-producing countries such as France and Germany.

“Wine growers need to reduce restrictions on production and capacity to ensure consistent, sustainable growth in the long-term. The fall in the value of sterling serves to showcase exactly how producers need to be able to increase capacity to react quickly to changing market conditions.”

There is so much award-winning wine which can be identified across England now as well.

In May 2017 at the Decanter World Wine Awards, for example, the Platinum Best in Show prize was given to Winbirri Vineyards’ Bacchus 2015 wine. It was an honour which saw the drink becoming the world’s best white wine. The Norfolk-based wine beat off competition from some 17,200 other entries and received a score of 95 out of 100 by a panel of 200 experts from across the globe.

Miles Beale, the chief executive of the Wine and Spirit Trade Association, commented: “It comes as no surprise to us that an English Bacchus wine has won a major international award. Up until now, English Sparkling Wine has been grabbing most of the headlines for its outstanding quality. It was only a matter of time before an English still wine showed the world it can also compete with the best.”

Prestigious awards have been collected by a huge number of other English wines over the past few years too. In 2010, both the Camel Valley winery in Cornwall and Nyetimber in West Sussex were recognised at the 2010 International Wine Challenge — the former for its 2008 Pinot Noir Rose Brut and the latter with its 2001 Blanc de Blancs.

Things may look quite different for England’s wine scene shortly though. However, this is an alteration intended to move the industry forward both on domestic and international shores.

The change hinges on a vote cast by both The United Kingdom Vineyards Association (UKVA) and English Wine Producers (EWP), in which the two bodies were in favour of being merged to create a single-industry representative body. Named UK Wine Producers (UKWP), this organisation will now be tasked with promoting, representing and supporting every wine producer and vineyard found across the UK.

Simon Robinson, who is the new chair of the UKWP as well as the owner of Hattingley Valley, spoke to Horticulture Week about the change. He pointed out: “We can now speak with a single voice, and can consult with a single membership, making it clearer to Government what the industry thinks.

“The big issue now for us is Brexit. We want assurances that there will be no constraints on planting. In large parts of Europe, you can’t plant a new vineyard unless you take one out. We aren’t scouting for government support for production but would like support for sales and marketing, especially overseas, as other wine-producing countries do.”