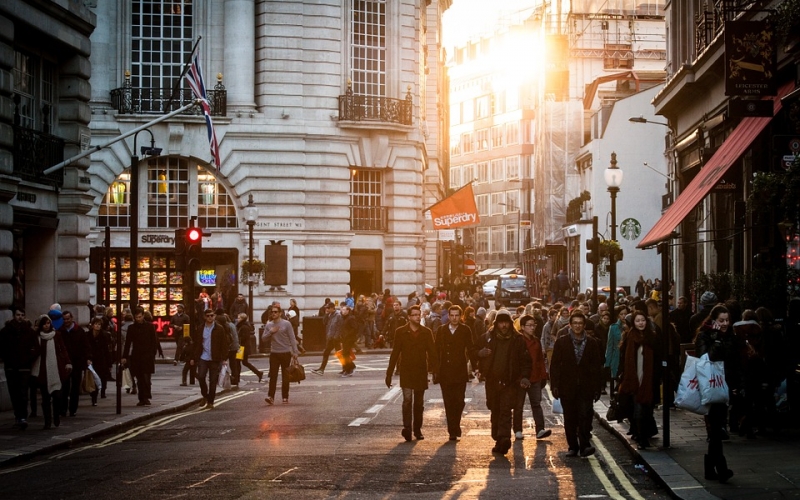 The most attractive business markets across Europe

Expanding your small business into Europe may sound like a challenge, but international expansion can be a lucrative decision for firms in so many sectors due to more consumers starting to recognise brands from across the globe.

Several investors may still have been put off from expanding their businesses into Europe as a result of some countries across the continent having their financial troubles. The financial crisis that gripped Greece has ended now though, while other nations are now developing at rapid rates.

There’s plenty of promise when looking at employment rates as well, while investors and start-up companies alike have shown confidence in what’s to come for the Eurozone.

In this guide, we look at the industries which are particularly thriving in various European countries and why small businesses and investors should both be taking note…

Clean Technology and Renewable Energy are thriving in Finland

The accolade of ‘World’s Greenest Country’ is currently held by Finland. The nation also continues to make some excellent developments around clean technology and renewable energy sources. Because of this core focus, 38% of the nation’s energy is produced by renewables — which is only set to grow further with future investments and continued extensive research.

In regard to patents and venture capital investments in new cleantech solutions, Finland is faring particularly well. Because of its willingness to improve the climate of our planet, it is also home to Slush, which is one of the biggest technology-focused innovation conferences in the world.

Artificial intelligence is thriving in France

Paris has overtaken London to become the most attractive city across Europe for foreign investors. Although you may be making investments at home, it’s crucial to start looking at shifting your finances into opportunities in France.

Companies in France, as well as the nation’s government, have all shown a keen interest in artificial intelligence (AI). Emmanuel Macron, the French President, has launched an initiative that will position the country as a leader in the field. Through this scheme, €1,5 billion will be invested in AI projects and start-ups. Is this something that your business could benefit from?

Biotechnology is thriving in Germany

Foreign investment is become a more attractive market in Germany, there’s no doubt about it. In fact, it’s currently at an all-time high. So much so, that a total of 1,063 investment projects were launched in the country over the past 12 months. Within the same time frame, 7,785 jobs were created in Germany by external European companies — highlighting the number of opportunities across the country that must be taken advantage of.

A key focus and an area of continued progression appears to be on research and development. Germany prides itself on constant innovation and is known to have the most biotechnology firms on the continent, which has had a positive impact on employment across the nation.

Creative industries (advertising, TV, music and gaming) are thriving in the Netherlands

Laid-back, forward-thinking and innovative—three terms many people will associate with the culture seen across the Netherlands. As a result, it is home to some of the leading creative brands. Amsterdam, in particular, is a hotspot for creativity. Its metropolitan area offers world-class infrastructures and Europe’s fastest broadband speeds – essential qualities for this sector.

According to a survey, 49% of international investors have the belief that the business climate looks likely to witness improvements throughout the next three years. This is a positive sign, as last year, only 38% agreed. The capital city is known for its influential start-up scene, with a tech-savvy community and a diverse talent pool. To illustrate the love of creative start-up businesses, the opening of gaming companies alone increased by 42% between 2011 and 2016.

Real estate is thriving in Portugal

Portugal is known for being a top place for international trade, while it also holds the accolade of being one of Europe’s most peaceful nations. It’s little surprise then that Portugal’s real estate sector is a prime place for investment — and it’s growing quickly. However, it must be noted that the country’s Golden Visa Scheme has encouraged more foreign investments in property, as residency comes with an array of benefits, including education, healthcare, social security, tax concessions, and more.

Portugal’s expected gross rental yields are also some of the highest seen across the whole of Europe. 5% to 14% is achievable from the right property. Have you considered setting aside investments and obtaining a visa to a foreign country to obtain great financial benefits? Now might be the time!

Fashion is thriving in Spain

Just as fiery as Spain’s climate is the country’s fashion industry. In fact, British party dresses retailers, like QUIZ, are already making the move to capture this market. Spain is possibly one of the biggest hotspots for tourism and this is one of the main drives for retail sales. Euromonitor International found that Spain’s employment rate dropped to a low of 17% in 2017, which has had a positive impact on fashion sales as more people have shown a willingness to spend more on clothes.

Between 2018 and 2022, it is expected that revenue in the sector will record an annual growth of 11%. This growth will lead to a market value of US$6.728m. Francesc Maristany, former president of Catalan Cluster of Fashion, commented: “Some people come for the luxury tourism and realise there are smaller brands with great products and excellent branding, and become drawn to them.” This shows that there has never been a better time than now to expand into Spain.

Did you know that Sweden is among the world’s largest beneficiaries from foreign investment? The country is also becoming a tech-hub that’s being recognised by those across the globe. This renowned status factored in the statistic that a large portion of its workforce are in tech-based jobs.

Stockholm, the capital city of Sweden, actually has the second-most prolific tech hub on a global scale — only Silicon Valley ranks higher! Sweden is also listed #4 for best countries for business by Forbes. This is a great achievement for the nation, as investment continues to grow. When it comes to emerging fintech trends, crowdfunding opportunities, mortgages and pensions are developing areas that are disrupting the industry positively.

Digital is thriving in the UK

The digital scene throughout the UK is certainly thriving. In fact, it currently occupies a market share of 27% of the digital projects in Europe, while showing no signs of slowing down either. As well as this, the sector seems to generate the largest number of projects in the country, which has led to an increase in employability with around 1.1m people in work.

Wondering what is making the UK a fantastic place for digital investment? How about that the digital technology sector is growing faster than the economy and is having an impact on some of the country’s biggest regional areas? Because of this, the value of the industry was boosted to £184bn (2017) from £170bn, which was its estimated worth in 2016. Ignoring the opportunity to invest in the UK’s digital sector could be a big mistake.