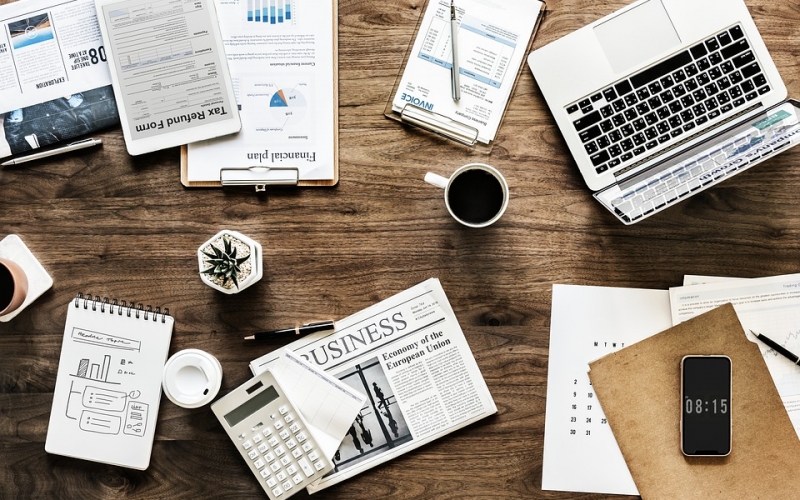 WHAT THE INTERNET OF THINGS MEANS FOR THE AIR INDUSTRY

The Internet of Things (IoT) is permeating every industry, and the aeroplane industry is no exception. While the air industry has embraced digital technologies, the presence of sensors from nose to tail is set to open a plethora of opportunities going forward. Even all of these new technologies can be found in peoples houses, companies, cars and mobile phones. Companies such as IOTA are creating an integrated network between all electronic devices. For those that believe in an integrated system that shares information between devices, you can contribute by visiting 24 options and have a look at IOTA’s cryptocurrency.

Here’s a look at the opportunity IoT holds for the industry;

The global air industry is vast, with 4.3 billion passengers and 62.5 million tons of cargo being carried across various destinations in 2017. The International Air Transport Association (IATA) forecasts global industry net profit to rise to $38.4 billion in 2018. The industry creates 2.7 million direct jobs and supports 3.5% of global economic activity.

Over the years, the aviation industry has simplified procedures, improved workforce productivity and delivered customer-centric services. However, there is still room for improvement.

Taking a cross-country flight can be a daunting task with the hassle of checking in, the security lines, and the fear of missing luggage and so on. Further, flight delays and disruptions don’t just cost passengers, they also cost the airline industry also and the maintenance costs and unnecessary failures. It is estimated that even a small reduction in “aircraft on ground” time can translate into substantial savings for airlines.

Fuel is another significant contributor to the operating expenses of the airline industry. During 2018, the fuel bill is forecast at $188 billion, accounting for around 24% of operating expenses at $70 per barrel, according to a report by IATA.

Fuel consumption is a very critical parameter to check costs. A lot of factors determine the fuel consumption, including weather, engine efficiency and flight path, among other things. Likewise, it is reported that a clean engine burns less fuel, but washing engines are time-consuming and expensive. However, since such procedures are costly, determining when the optimum time to do the same is crucial.

The IoT is defined as a “network of sensor-equipped, intelligent, exponential technologies that can gather data, interpret it, and take action. It is estimated that their connected things in use worldwide will reach 20.4 billion by 2020. With the number of ‘connected’ devices rising rapidly, there is an enormous amount of data that is being generated, which is being put to gain in-depth insight into various dimensions of the industry.

Within the air industry, the data generated from across sensors and devices can be a precious resource to extract valuable information that can be used to minimise costs, boost revenue, improvise processes and enhance the overall passenger experience on land as well as in the air.

The use of tags launched by SITA in 2015 is one of the first manifestations of the Internet of Things in the aviation industry. American Airlines was the first company to use the SITA Beacon Common Use Registry as part of a pilot program at Dallas-Fort Worth International Airport to provide passengers with up-to-date and relevant information via their mobile phone.

Airbus and IBM (IBM) have been working together since 2013 to improve Airbus fleet solutions. In 2015, another platform was created, Airbus Smarter Fleet, which uses IBM and Watson Internet of Things technologies to provide end-to-end electronic solutions for maintenance, engineering and flight operations. Other airlines that work with IBM include WestJet, Alitalia, Korean Air and Garuda Indonesia.

AirAsia has been using GE (GE) flight efficiency (GE) services since 2015 with IoT to provide substantial savings through the introduction of precision navigation services and the fuel management program: with savings from $ 30 million to $ 50 million over five years (2015 to 2020).

In 2016, Delta (DAL) reached a historic milestone by introducing RFID instead of manual barcode scanning, which has been the industry standard since the early 1990s. The $ 50 Million Investment aimed at ensuring optimal tracking and visibility of luggage. The first deployments made throughout the baggage handling process had a success rate of 99.9%.

With the support of Intel Atom processors (INTC) Atom, companies such as Advantech-DLoG, INFORM GmbH and Cobus Industries GmbH offer services such as high-quality buses, logistics software and hardware. These provide a consolidated view of all bus information, facilitating coordination with airport security.

Honeywell’s Connected Maintenance Service (HON) is an IoT-driven system that analyses existing aircraft data to detect potential errors before they become problems, improve aircraft reliability, reduce costs, and reduce costs, Limit delays. Go Direct can reduce APU-induced flight delays by 35% and provides 99% accuracy if partial errors are anticipated. In 2017, it signed a contract with Cathay Pacific to provide connected aircraft maintenance services for an Airbus A-330 fleet. In 2018, the company partnered with AT & T to implement IoT in a range of solutions, including Connected Aircraft.