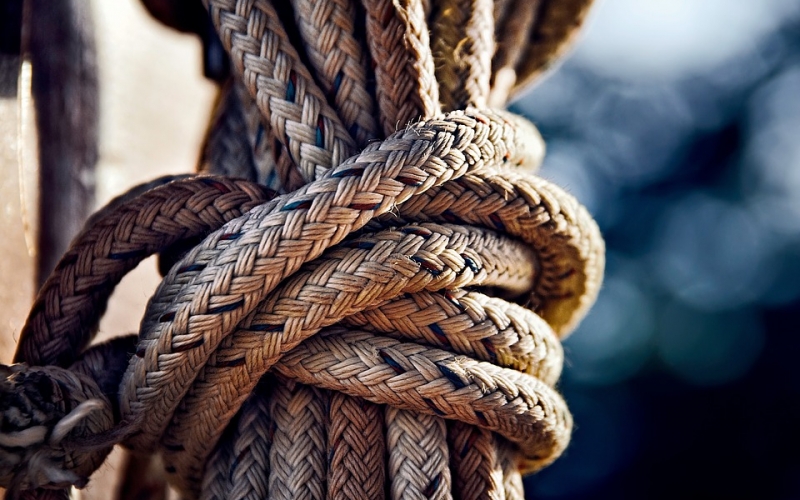 You See Cords, Ropes and Braids – An Entrepreneur Sees Opportunity

Of the many definitions of what an entrepreneur is I’ve come across, the one I think perhaps clarified it best is “Someone who organises a business venture and assumes the risk for it.” That single-sentence definition offers up a world of possibilities as to how it could be interpreted, representative of what the concept being defined itself really is. It could be any business venture really, with so many degrees of risk associated.

It could be an existing business venture they’re talking about, couldn’t it, perhaps something like a braid manufacturer who is running their manufacturing operation under the name of an existing brand name that has long since been established in that particular industry? Yet it isn’t really, because if it was then we wouldn’t be talking about an entrepreneur in the true sense of the term. We’d be talking about just another businessperson who is playing it as safe as anyone going into business can, by just taking their own shot at an existing business model, one which has likely proven to be successful.

There is absolutely nothing wrong with that at all – in fact that’s something I would personally encourage so that you learn about the various processes involved with running a business. A true entrepreneur, however, is concerned with the process of creating an opportunity to generate profit where none may seem to be in existence, which is why many supplier-type businesses have entrepreneurs making up their core customer base. They are businesses which service other businesses in a way which gets rather interesting to say the least. Consider the braid supplier or manufacturer I made reference to; if you are a mere businessman or businesswoman then the likelihood is that you’d think about possibly going into partnership with this supplier to sell their products in your store.

An entrepreneur on the other hand would look at these products produced and see a bigger picture, something which often happens naturally. That’s why they say entrepreneurs are born, not made, but by no means does that mean entrepreneurs (and good ones at that) cannot be made. So where you see cords, ropes and braids to possibly stock and resell, adding a mark-up to make a profit on the subsequent retail value, an entrepreneur sees an array of finished products which are assembled in part with the same cords, ropes and braids they see available for sale.

Getting back to the application of the entrepreneurial mind in the physical world and markets, perhaps a great example in the mentioned context of an entrepreneur versus a businessperson would be the entrepreneur’s view on twisted cords, which has them forming a picture in their mind of how they can be used for catenaries to be deployed in something like the entertainment and/or events management industry!

It’s about more than just what they see in front of their faces. It’s about the many possibilities presented by what they see – it’s about the potential of what they can get their hands on at or near cost-price and then going on to realise that potential through a finished product or service which integrates those components acquired at the price provided by the manufacturer.